By Jen Martin — 4 years ago

With our Walmart debacle behind us, we kept driving west.

Cleaning the windows! Thanks for the squeegee, Mom!

We realized that ever since Texas, we had entered the world of amazing Mexican food around every corner.  It seemed like every roadside stand was five-star review worthy!

Mexican food down by the border = OMG

I don’t know how we stumbled on this little campground, but it looked kind of cool, and was in a stellar location right between Carlsbad Caverns NP and Guadalupe Mountains NP, so I called.  Turns out it’s really a group home for mentally disabled adults and kids, and they have three campsites (with hookups!) to generate funds.  It was a tad unnerving when we turned down the tiny little dirt road to get there.

Sometimes the places we’re most unsure about turn out to be the best, and this was one of those times.

Not a soul to be found – literally, not even someone to check us in!

This place was BEAUTIFUL!!  We saw so much wildlife roaming around all week, including:  wild turkeys, mule deer, a kit fox, countless rare bird species (apparently Rattlesnake Springs is a huge watering hole for the entire area!), cows and horses (not wild but still hanging around!), crazy looking ducks, and more.  There was a round stone structure that the kids immediately deemed “The Alamo”, and they spent all week playing in it (after removing the rattlesnake skin – so wild!).

What an amazing introduction to New Mexico!  We were also treated to some glorious sunsets from our site! 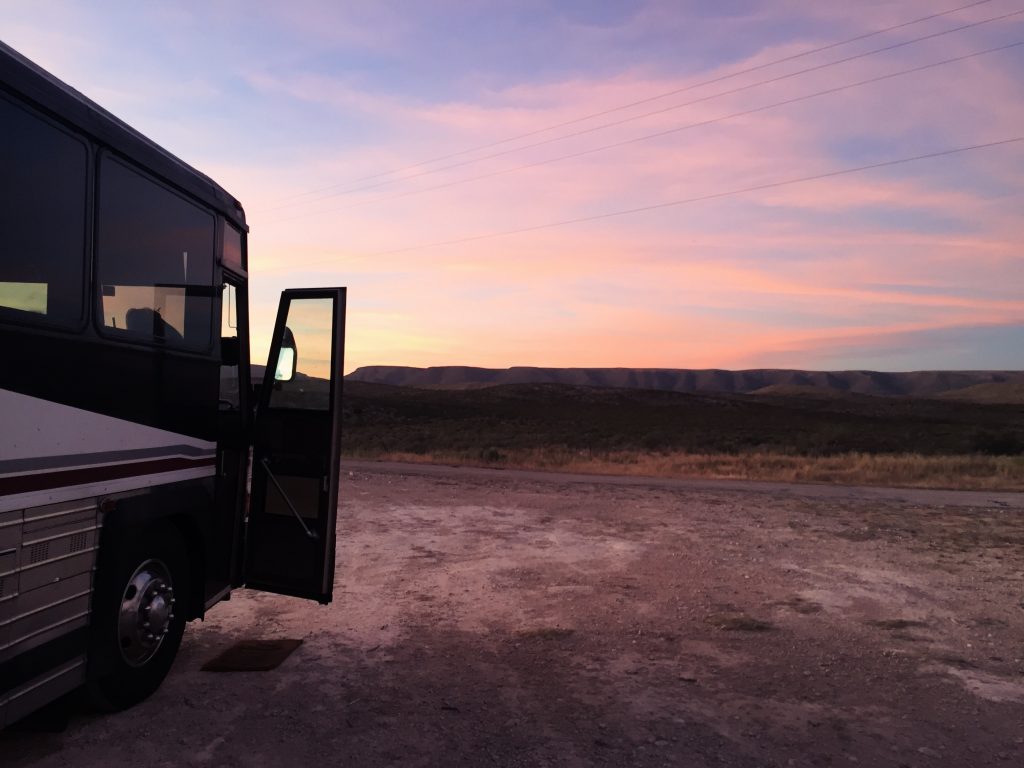 Also, entering New Mexico meant we crossed over into Mountain Time Zone.  It felt a little strange being so far behind our family back on the east coast, and the dog was now waking up what felt like REALLY early.  BUT…. one of those mornings when I was walking her around like a zombie, the most amazing sunrise happened.  I wish the pictures did it justice.  I will never forget it!

Sign up via email and never miss a thing!

This error message is only visible to WordPress admins

Please go to the Instagram Feed settings page to create a feed.

Where we are now